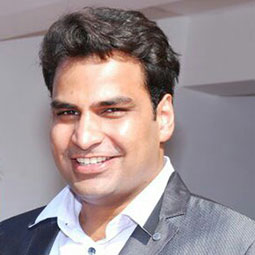 A Master’s Degree in management from Lancaster University U.K, M.Tech in CAD/CAM & Robotics and an MDMS from IIM-A. Gaurav is a sought-after speaker and an aptitude trainer. Before joining DITU, Gaurav was working as Head of Operations in Wiley and was instrumental in setting delivery workflows and operational processes for Wiley Nxt Project. He has also worked with Wadhwani Foundation (National Entrepreneurship Network) where he was instrumental in setting incubators, providing a mentor and ecosystem support to top 100 institutes of the Country including IITs, NIIT’s and IIM’s. In both of the mentioned organizations, he was also instrumental in developing learning management system.

Before beginning his academic career, Gaurav had also worked as a program consultant and a campus recruiter with Infosys and worked for clients like Cisco, Washington mutual, Fidelity and has experience in working with tools like PeopleSoft, Mocha, GPM, Hiring Gateway, 360 LDF, EPM, e-profile. He also served as a Technical Consultant in Wipro where he was working on networking and server solution. He had also been associated with Career Launcher as a Quant and Verbal faculty.